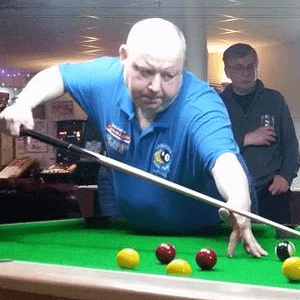 I’m sure you are aware that our treasured teammate Ian Corless, also fondly known as Bully sadly passed away recently after a short illness.

Where do I start with Bully?

Bully was a man who was second to nobody in his passion and commitment when representing his beloved County. He has been a valued player for over 25 years and also sat on the committee during that time.

He always gave his all in everything he did for County. He always attended trials and encouraged as many players as he could to attend especially from his own area of Lancaster. He was a very proud Lancastrian.

He was involved in winning numerous regional titles and also national titles for County and wore his heart on his sleeve at every regional match and national finals we took part in. He was emotional when we won but also when we lost, it meant everything to him.

He was always one of the first players to congratulate and welcome new players into the fold which I’m sure many in this room will be able to relate to. Whoever you were he was always there to put an arm around your shoulder and let you know you weren’t on your own when you were having a bad day, more often than not after you had received a rollicking from Wayne. Good cop bad cop at its finest.

It wasn’t Uncle Buck but Uncle Bully for us.

Bully was loved and respected by everyone at Lancashire County Pool Association past and present and will be sorely missed by us all both on and off the table. As I said earlier Bully was a proud, passionate and committed Lancashire player but most of all he was our friend.

Gone, but very much, not forgotten